Dewas also known as the City of Goddess Chamunda, has a rich historical background dating back to hundreds of years. The city derives from its name from the temple of the Goddess situated on top of the hill and has been predominantly a Maratha ruled state. One can find many places of historical importance in the city Choti Mata (Chamunda Mata) & Badi Mata (Tulja Bhavani Mata) Temples, Kela Devi Temple, Mahadev Temple (Shankar Garh), Grace Church, Kavadia Hills, Chattries of Dewas, Dewas Gates which provide a glimpse of the years gone by. It is this historical & religious history of Dewas which attracts tourists to this holy city. 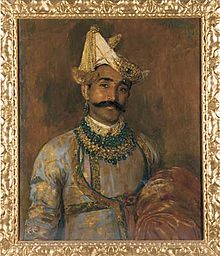 The history of Dewas comprised of the twin princely states which was ruled by Puar dynasty of Marathas. Tukoji Rao who was the descendant of Paramars founded the state which was later divided between Tukaji Rao (Senior) and Jivaji Rao (Junior), sharing the same capital town of Dewas. After the death of Tukaji Rao (Senior) in 1753 the state was taken over by his adopted son Krishnaji Rao, who fought the battle of Panipat in 1761. In 1789 Tukoji Rao (II) got the reigns of the state, succeeded by Tukoji Rao III who was a learned man and had studied at Indore Mayo College, Ajmer. The ruler was honoured by a salute of 15 guns and held the title of His Highness. Subsequently Shri Krishna Ji Rao ( Aaba Sab) ruled the Senior division and Shir Yashwant Rao ( Bhau Sab) ruled the Junior Division till the merger of the states in 1947.

As per the historians Dewas played a major role during the war of independence in 1857. Thakur Dowlat Singh of Raghogarh (Dewas) confronted the British with utmost bravery and as a result was arrested and hanged in Guna Cant. On gaining independence in 1947, Rajas of Dewas acceded his kingdom to India. Later on both the Junior & Senior States were merged in to Madhya Bharat which became a state of India in 1950. Dewas district was divided into five tehsils as then notified in the Madhya Bharat Gazette of February 1949. In the year 1956 Madhya Bharat became a part of Madhya Pradesh state.

Today Dewas is an important part of Madhya Pradesh State of Central India, and is rapidly making progress in terms of infrastructure & socio-economic growth. Presently the district comprises of 6 tehsils viz. Sonkatch, Dewas, Bagli, Kannod, Tonk-Khurd and Khategaon. On the Bombay-Agra National Highway No.3 lies the Head-quarters of Dewas. Dewas tehsil is located on the north-western part of the district, Sonkatch on the north-east part, Bagli on the south, Kannod on the south-central part and Khategaon on the South-east. The Municipal Corporation & District Administration looks after the day-to-day administration of the city